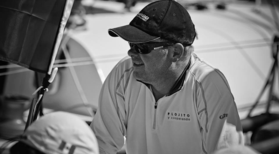 Started sailing in 1969 in Southern California as a child. He continued with good success racing small boats through the 1970’s and through College.  In the 1980 started working on offshore racing boats and to date has completed 12 Transpacific Races, Tahiti Race, Fastnet, Middle Sea, Cape Town Rio, Newport-Bermuda, Jamaica,  6 San Francisco-Hawaii races, 4 Transatlantic races, leg of the Whitbread Round the World Race, consulted for Reichal-Pugh yacht designs, Hall Spars, worked for two different Volvo Round the World Race teams, competed in multiple World Championships, dozens of U.S-Mexican races, and sailed in every major inshore regatta in the Northern Hemisphere.  He currently holds two ISAF recognized elapse time records. Has worked as boat captain for vessels ranging in size from 24’ to 128’ in dozens of countries and on four continents. In the mid 2000’s he began a yacht commissioning business which has commissioned over 100 new boats in the Mid-Atlantic region that offer the most experienced team to be found in the region.  Married with two children (one of whom recently named College All-American Skipper) 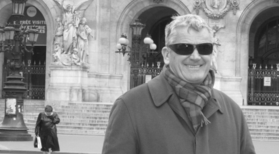 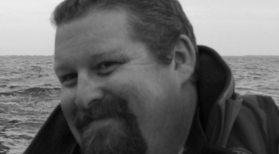 As a lifetime boater Joe has amassed a great deal of knowledge regarding all systems on both power and sailing yachts. Experiences include 15 years of sail making which included loads of industrial design work, both fabricating motion control systems as well as creating new processes for sail manufacturing.  Joe has also been a marine mechanic and automotive mechanic specializing in marine diesels and BMW cars. When not fixing, upgrading or commissioning customer boats Joe can be found on the race course
participating in Gran Prix yacht races. Having participated in many world championships and winning multiple North American and East Coast championships as well as many offshore races.  Joe brings a racers perspective to cruising yacht commissioning ensuring ease of use and practicality. In his free time Joe is probably scraping or painting his classic Chesapeake bay deadrise work boat.